Another week, another exciting news to cover! There’s a lot to unpack with the latest trends and the hottest news over the past week and we are here to keep you updated. We know that you are all excited for the upcoming The Great Migration ✨, and it’s just a little while when THE day comes! But for now, we are here to inform you of last week’s happening over the cryptoverse! Are you ready for it? Let’s Go! Here are the week’s top headlines!

Also Read: Crypto debit card’s pros and cons, and everything you need to know

You read it right! Nayib Bukele, the president of El Salvador has recently informed us that their volcanic mining facility has already mined its first bitcoin ever!

As of October 2, 2021, El Salvador’s volcanic mining facility has already generated 0.004 bitcoin and it is preparing to mine 0.006 more. In total, the initially mined bitcoin has a value of about $470 USD in today’s market price.

According to Bukele, the gains are still small as they are still under testing and installing phase but officially, the mined 0.004 BTC was the first bitcoin from the #volcanode.

“We’re still testing and installing”, said Bukele, “but this is officially the first #Bitcoin mining from the #volcanode.” — Nayib Bukele on Twitter.

It really is amazing to see that El Salvador is harnessing the free energy from its volcano facility. This is a step forward over lessening the environmental impact to the environment in mining bitcoin as generally, mining it takes in a lot of energy. With the untapped energy from a volcano and no carbon cost involved, El Salvador truly is in the lead in mining bitcoin that is eco-friendly.

Crypto is impossible to destroy! — Musk

With last week’s declaration of China that it is banning cryptocurrency transactions and any related activities (the one that is responsible for massive dips in major cryptocurrencies), Elon Musk, the CEO of Tesla and SpaceX believes that it is impossible to destroy crypto.

In a Code Conference attended by Musk in Beverly Hills, California; Musk, dubbed as the real life iron man, told the audience members that the financial regulators should never hinder crypto adoption, adding that it is “not possible” for governments to destroy crypto, but noted that they could play a role stymying innovation.

To quote Musk as reported by CNBC:

“It is not possible to, I think, destroy crypto, but it is possible for governments to slow down its advancement.”

Musk also commented on China’s decision to make cryptocurrency transactions illegal in the country, stating that the decision was most likely related to “significant electricity generation issues,” in the country. Since cryptocurrency mining requires an insane amount of energy to operate, Musk explained that electricity shortages and power outages, particularly in South China could be because of such mining activities.

Furthermore, Musk also noted that since cryptocurrencies are decentralized, it reduces the power of centralized governments and this poses a challenge to the Chinese authorities, and “They don’t like that” says Musk.

And that’s a wrap on this week’s PRViously on Crypto! The future is bright for the start of crypto adoptions, and we can’t wait alongside with you when that finally comes!

Meanwhile, PRV 2.0 is nearly here and we are excited for the community when THE day arrives! So make sure to be kept updated on our latest announcements 📢and keep on hodling!! 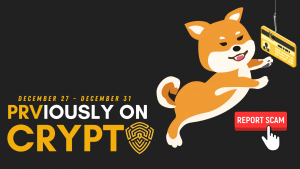 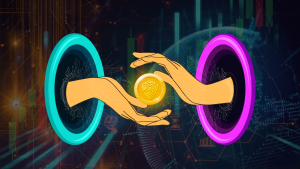